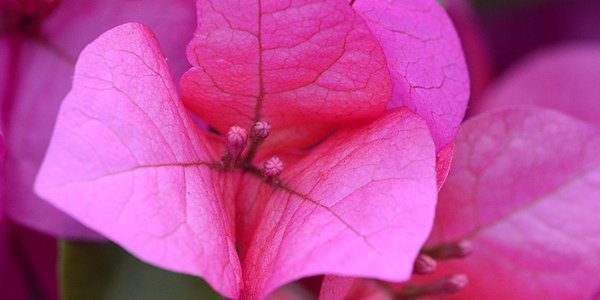 Where to buy and sell Bougainvillea, lowest (cheapest) and highest price.

The Current commodity price of Bougainvillea per kg, pound in the world in the global markets

Bougainvillea is a genus of flowering plants native to South America. The flowers are small and white, but the bracts (leaves) are large and colorful. Bougainvilleas come in many colors, including pink, purple, red, orange, yellow, and white. They are often used as ornamental Plants. Bougainvillea is native to South America and was introduced to Europe and North America in the 19th century. It is a popular landscaping plant in warm climates and is often used as a hedge or screen. Bougainvillea can be grown in containers and trained to grow on trellises or other supports. Bougainvilleas are fast-growing, drought-tolerant plants. They can be planted in the ground or in containers. They need full sun and well-drained soil. Bougainvilleas can be propagated from stem cuttings. Pruning is necessary to keep bougainvilleas under control. They can be pruned lightly after flowering, or more heavily to shape the plant. Bougainvilleas are susceptible to pests and diseases, such as aphids, mealybugs, nematodes, scale insects, and whiteflies. They are also susceptible to fungal diseases, such as powdery mildew and root rot. The bougainvillea is a flowering plant that is native to South America. The plant gets its name from the French explorer, Louis Antoine de Bougainville, who was the first European to see it in 1768. The bougainvillea is a woody, evergreen vine that can grow up to 30 feet in length. The plant has three ovate-shaped leaves that are arranged in pairs of two. The bougainvillea flowers are small and white, but they are surrounded by large, colorful bracts that can be pink, purple, or red. The bougainvillea is a popular ornamental plant that is often used in landscaping. The plant is drought-tolerant and can thrive in a variety of climates. If you're thinking about growing bougainvillea, there are a few things you should know about production. First, these plants are heavy feeders and will need regular fertilization to produce abundant flowers. Second, they like warm weather and plenty of suns, so they're not well-suited to cooler climates. And finally, they can be finicky about watering, so be sure to give them plenty of water during the growing season and less in the winter. With a little care, you can enjoy these beautiful plants for many years.

In 2018, global production of bougainvillea was estimated at around 1.3 million tonnes, with the majority of production taking place in Brazil (700,000 tonnes) and China (400,000 tonnes). Other major producers include India, Mexico, and Thailand. Bougainvillea is primarily used as an ornamental plant, with its brightly colored flowers being particularly popular. It is also used in traditional medicine and as a food source in some parts of the world. The vast majority of bougainvillea production is for the cut flower industry. In Brazil, around 80% of bougainvillea production is for this purpose, while in China the figure is closer to 50%. The bougainvillea plant is native to South America, but it has been introduced to many other parts of the world and is now grown in tropical and subtropical regions across the globe. It is a hardy plant that can tolerate hot and dry conditions, making it well-suited to cultivation in many different environments.