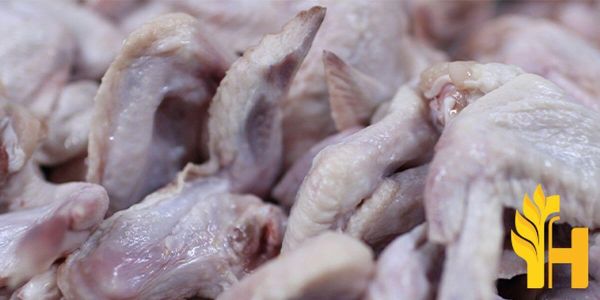 Where to buy and sell Boiling Fowl, lowest (cheapest) and highest price.

The Current commodity price of Boiling Fowl per kg, pound in the world in the global markets

A boiling fowl is a type of meat of older birds that is slightly more tender and tougher in its texture. It is made of birds older than roasting chicken, consequently, its freshness is significantly stronger and richer in tatse and flavour. Boiling fowl is characterized by the occurrence of both dark meat and light meat, similar to turkey. Dark meat is more flavours and located usually near the bones, It is slightly tougher and works great used in various different types of sauces, stews or soups. White or light meat is naturally located near the darker meat and is slightly more gentle in taste and flavour, similar to other products of chicken meat such as chicken breast, wings or legs. Boiling fowl is usually simmer for at least 2-3 hours. During this time the meat comes tender and gets rid of included fat. The formed liquid can be used as chicken broth or as stock and then used to prepare different dishes as well. Just in 2019 almost 84000 tons of boiling fowl meat was reported to be produced in the United Kingdom. It indicates a significant increase compared to the previous years. Consumption of meat has increased significantly all over the world in recent years. The largest production of poultry takes place in the United States (almost 18269000 metric tons each year), followed by Brazil (12910000 metric tons annually) and China (12300000 metric tons every year). Chicken meat is available all year long in many varieties such as fresh raw meat, frozen, premade, preserved and many more variants that are easy to prepare and quite cheap and easy to prepare. Boiling fowl is not very nutritious. It contains some elements that are quite important for the body such as niacin, selenium and potassium. It is quite a rich source of phosphorus and one serving contains up to 54.7% of the daily dose based on a 2000 calorie diet. The meat is also quite rich in protein and a serving size of 1 oz contains up to 8.7g of protein. Boiling fowl in one serving contains 46.7 calories. The daily values of calories may differ depending on the way in which the meat is prepared.