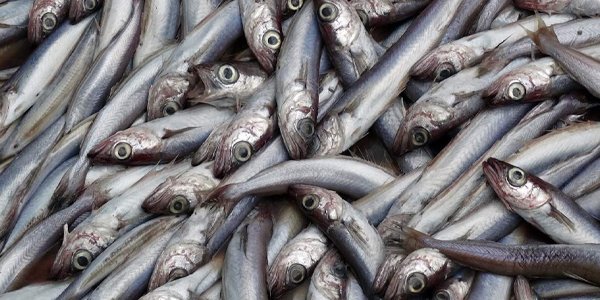 Where to buy and sell Blue Whiting, lowest (cheapest) and highest price.

The Current commodity price of Blue Whiting per kg, pound in the world in the global markets

Blue whiting is a small, herring-like fish found in the open seas of the North Atlantic and the Mediterranean Sea. It is an important commercial fish, often caught for use as food or bait. The blue whiting is a slender, streamlined fish with a long, pointed head and large eyes. Its body is bluish-gray or greenish-blue above and white below, with a row of dark spots along the side. It grows to a length of about 30 cm (12 in). The blue whiting is found in the open waters of the North Atlantic and the Mediterranean Sea. It typically occurs at depths of 100-200 m (330-660 ft), but can be found as deep as 1,000 m (3,280 ft). The fish is migratory, moving northward in the spring and summer to spawn in the waters off Iceland, Norway, and the Faroe Islands. In the fall and winter, it moves southward to feeding grounds off the coasts of Morocco, Spain, and Portugal. The blue whiting is a schooling fish which forms large groups. It is a migratory species, moving into deeper waters in winter and returning to shallower waters in summer. The fish spawns in the spring and summer, releasing its eggs into the open water. The larvae develop rapidly, reaching a length of around 10 cm (4 in) within two months. The blue whiting is an important commercial fish, with a global catch of over 1 million metric tons in 2013. It is typically caught with midwater trawls and marketed fresh, frozen, or canned. The flesh of the blue whiting is delicate and mild-flavored. It is often used as food or bait for other fish, such as lobster and crab. Blue whiting is typically fed on a diet of commercial fish pellets, supplemented with smaller amounts of live food such as shrimp or krill. In some cases, blue whiting may also be given vegetable-based feeds. It is important to ensure that the fish are getting enough protein in their diet, as this is essential for their growth and development. Blue whiting aquaculture is typically carried out on a commercial scale, with large numbers of fish being produced in each cycle. However, it is also possible to farm blue whiting on a smaller scale, for personal consumption or for sale to local fishmongers. If you are interested in blue whiting aquaculture, then there are a few things that you will need to consider. First of all, you will need to decide whether you want to farm blue whiting in sea cages or land-based tanks. Each option has its own benefits and drawbacks, so