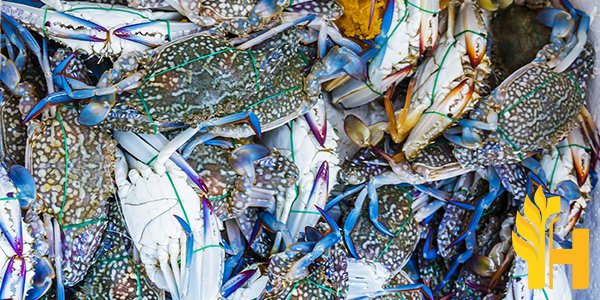 Where to buy and sell Blue Swimmer Crab, lowest (cheapest) and highest price.

The Current commodity price of Blue Swimmer Crab per kg, pound in the world in the global markets

The blue swimmer crab is a powerful swimmer and voracious hunter. It has thin, broad pincers with three teeth on the front edge of each. The carapace covers two-thirds of the body and is heart-shaped. Its color varies between pale brown, pinkish, or greyish to dark blue or violet. Juveniles are lighter blue and often have patches of white on the sides of their abdomens.

Blue swimmer crabs live in shallow waters, coastal creeks, and mangroves, and can sometimes be found within rock pools or lying under tree roots. They commonly reside among seagrass meadows and sea whips.

The blue swimmer crab is a skilled hunter. It hunts for lobsters, clams and other crabs by night and scavenges from fish-bones or any food debris left behind the fish markets or from fishing boats at anchor in the bays and estuaries.

The blue swimmer crab is commercially harvested as a source of fresh and frozen seafood. They are also harvested from prawn trawl nets or caught in crab pots and beach seines. The species is a popular food in Southeast Asia, but not in Australia.

The blue swimmer crab is listed as ‘Least Concern’ by the IUCN Red List of Threatened Species. It is a protected species in some parts of Australia, including New South Wales and Tasmania. The blue swimmer crab has few natural predators. It will curl into a ball when disturbed with its legs tucked in, but it can also use its claws to ward off attackers. In death, the blue swimmer crab emits a foul smell from its abdominal glands.

The blue swimmer crab is found in tropical coastal waters of the Indian and Pacific Oceans. It lives throughout Southeast Asia, including Indonesia, Papua New Guinea and the Philippines, but it is not native to Australia. A closely related species of portunid, Portunus pelagicus (the ‘white swimmer crab’), is found in northern Australia.