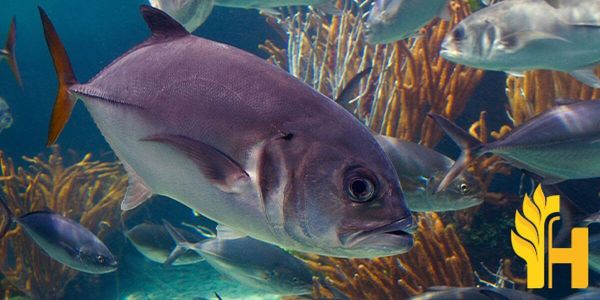 Where to buy and sell Blue Runner, lowest (cheapest) and highest price.

Blue runner is a common species of marine fish that belongs to the Carangidae family. It is also known under several different common names such as bluestripe jack, Egyptian scad, hardtail jack, or hardnose. The fish is commonly spread in the waters of the Atlantic Oceans and ranges from Brazil to Canada, as well as from Angola to Great Britain and the Mediterranean.

Blue runner belongs to the group of large marine fish. The fish grows up to 70 cm in length and might weigh up to 5.05 kg in mass. It commonly occurs in smaller sizes and usually reaches up to 35 cm in length. It is characterized by several morphological features such as the extended upper jaw, gill raker count, and lateral line scale counts. Its eyes are covered by a well-developed adipose eyelid. The dorsal fin is divided into two parts. The first one consists of 8 spines and the second one of 1 spine with up to 25 soft rays. Its anal fin consists of three spines with up to 21 soft rays. It has got falcate pectoral fins with up to 23 rays which are quite longer than the head. Its chest is completely scaled. Blue runner naturally occurs in blueish green or olive green and fades to silver grey or brassy below. Young specimens often have up to seven dark vertical lines on their bodies. The find may differ in color and usually are olive green or dusky.

The fish is quite widely distributed through the waters of the tropical and temperate waters of the Atlantic Oceans. It is quite an important species to commercial fisheries in the regions of its range. It may even be one of the primary species in the fishery industry. Blue runner is usually fished with the use of halu sines, purse seines, gill nets, hook, and line, as well as lampara nets methods. It is often sold fresh, dried, smoked, or turned into oil or bait.

Apart from its importance for the industrial fishery, the blue runner is of great importance to recreational fisheries. It is often fished for food and as bait. However, the larger specimens may carry the ciguatera toxin in their flesh and should be tested before consumption.