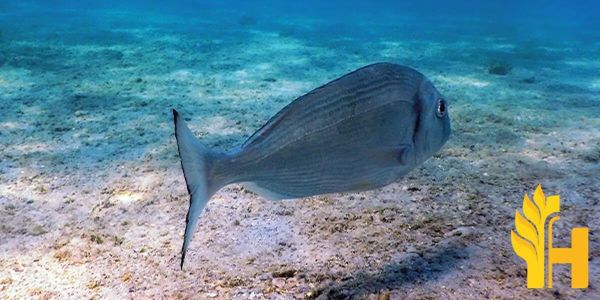 Where to buy and sell Blackspot Seabream, lowest (cheapest) and highest price.

The Current commodity price of Blackspot Seabream per kg, pound in the world in the global markets

Blackspot seabream is a type of ray-finned marine fish that belongs to the Sparidae family. It is also known as red sea bream. The fish is widely spread around the world and occurs in the Eastern Atlantic from Mauritania to Norway, as well as Micronesia and the western Mediterranean.

Red seabream is characterized by its moderately deep body with a rounded snout and huge eyes with a diameter larger than the length of the snout. It has sharp and large teeth in front of the jaws and more flatter teeth set inside the sides of the mouth. Its dorsal fin is quite long with 12 spines and up to 13 branched rays. The short anal fin has only three spines with 13 branched rays. Its pectoral fins are characteristically longer and slightly pointed at their tips. It is reddish on the back and upper flanks and becomes slightly brighter, silvery with a pink undertone on the bottom. The pectoral fin is marked with a black, almost black spot. The fish usually measures up to 30 centimeters with an average weight of 4 kilograms. The largest specimen to ever be found measured 70 centimeters.

It naturally appears in inshore waters near rocks, substrates, sand, and mud. It can be found at a depth no deeper than 400 meters in the Mediterranean, and 700 meters in the Atlantic. The fish is an omnivorous species that feed on various kinds of crustaceans, mollusks, and other smaller fish. It can also eat plants.

Blackspot seabream is an important commercial fish that can be found both fresh and frozen in the Mediterranean region. It is usually fished with the use of trammels nets, trawls, and long lines. It is a sportfish but also a semi-commercial one. It is quite common for fish markets in France, Spain, Morocco, and Italy and can also be found in Greece, Turkey, Tunisia, and Sicily. As a result of overfishing, Blacksport seabream is quite pricy. It is often used to prepare various fish dishes as well as to produce oil and fishmeal. The fish is also cultivated in Spanish aquaculture.

Red seabream are a popular choice for aquaculture and are also known as blackspot seabream fish. They are native to the Mediterranean Sea but have been introduced to other parts of the world, including the Atlantic Ocean. Red seabream are generally considered good eating fish and are often used in sushi. The flesh of the fish is white and flaky, with a mild flavor. The fish is also known for its high levels of omega-3 fatty acids, which are thought to be beneficial for human health.

Red seabream are typically found at depths of 30-200 meters (100-660 feet). They prefer to live in rocky areas where there is plenty of shelter. The fish are also known to congregate around shipwrecks and other man-made structures. The average lifespan of a red seabream is 8-10 years. The fish can reach a maximum length of 60 cm (24 inches) and a maximum weight of 4 kg (9 pounds). Red seabream are not currently considered to be at risk of extinction. However, overfishing and habitat loss are potential threats to the future of the species.