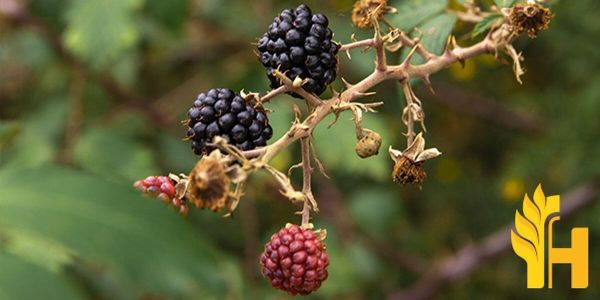 The current, latest prices of Blackberry in the world in the global markets

Blackberry is a common name for a perennial shrub of the Rosacea family. It is usually cultivated for its fruit which is characterized by its aggregate black fruits of the same name. The common name may reffer to several different species, including Rubus ursinus, Rubus argutus, and Rubus fruticosis also known as wild blackberry. Rubus ursinus and Rubus arbutus are native to North America. The shrub has three different types of stems: trailing, arching, and erect. The stems are usually thorned but some varieties may be thornless. The stem also is a base for the groups of leaves that consist of 3 to 5 leaflets. They are bright green, with characteristic toothed edges. Blackberry shrub does not grow taller than 3 meters in height and lives up to ten years. It occurs naturally almost on every continent except Antarctica and Australia.

Blackberries are usually cultivated for the fruit which is often consumed raw. They can also be frozen or canned and later used in several different kinds of deserts such as ice creams, juices, pies, jellies, jams, and other preserves. They are a rich source of antioxidants and vitamins. They also contain lots of important elements such as potassium, phosphorus, calcium, and iron.

Common blackberry naturally grows best in the dry prairie, woodland meadows, and near streams and roadsides. It is best grown in temperate regions with cool summer and mild winters, They like full sun and dry soil rich in organic matter. The fruit starts to appear in the second year of growth. The best temperatures for fruit are around 25 degrees.

The blackberry has many healing properties. The fruit, leaves, and tender shots were used to treat several diseases such as angina, ulcers, or diabetes. Dried fruit is also often added to herbal and fruit teas and tinctures.


The largest production of blackberries takes place in Serbia with almost 69 % of total European production. Serbia is also the largest producer in the world. Other important produces are the United Kingdom, Germany, Croatia, Poland, and Romania. Blackberries are also quite commonly produced in the United States, especially in Oregon. Some smaller producers may be found all over the world because blackberry is quite easy to cultivate.