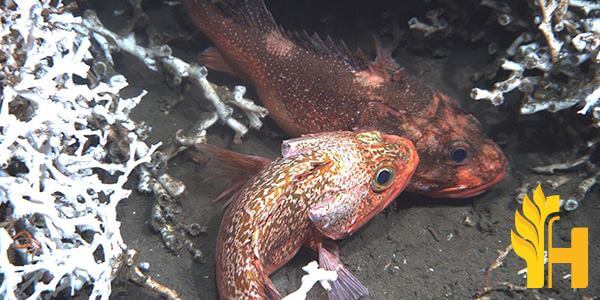 Where to buy and sell Blackbelly Rosefish, lowest (cheapest) and highest price.

The Current commodity price of Blackbelly Rosefish per kg, pound in the world in the global markets

Blackbelly rosefish, also known as bluemouth rockfish or bluemouth seaperch, is a species of marine fish that belongs to the Sbastinae subfamily within the family Scorpaenidae. It is a robust fish that is characterized by its huge head without tentacles or tabs.

It has a large mouth with villiform teeth and large jaws, the inside of its mouth is dark-colored. Its dorsal fish has up to 13 spines with up to 14 rays. The anal fish is characterized by 3 spiky spines and 5 rays. Its pectoral fin has up to 20 rays. Its chest and cheek as well as maxilla are usually scaled while the head and ventral part are naked. It can vary in color. Its back and sides are dark to bright red and the belly is most often pink. The scales have up to 6 dark bands. Its spines contain venomous toxins that may be harmful to humans. There are not many researchers on the venom produced by this species.

Blackbelly rosefish is a scorpionfish that is usually found in the bottom areas of the continental shelf. They commonly appear at depths from 150 to 600 m. Their diet is composed of other fishes, crustaceans, as well as polychaetes, echinoderms, or pyrosomes. The prey is strongly dependent on the size of the fish.

The fish commonly measures up to 25 centimeters in length, but the largest caught representative measured 47 cm in total length. Males reach much greater sizes and weight than females. Blackbelly rosefish can live up to 45 years. There are four main places where the fish occurs naturally: in the northeast Atlantic (Norway, North Africa, and the Mediterranean), northwest Atlantic (Nova Scotia and Venezuela), in South Africa, and in the Gulf of Guinea.

It is the most commercial scorpionfish in the Mediterranean. It is most often caught as bycatch by fisheries that specialize in deep-sea crustaceans fishing. It is also often caught along the Portuguese continental coast and the Azores. In some areas such as the Catalan coast, the fish has a great economic value, partially due to its low level of accessibility.