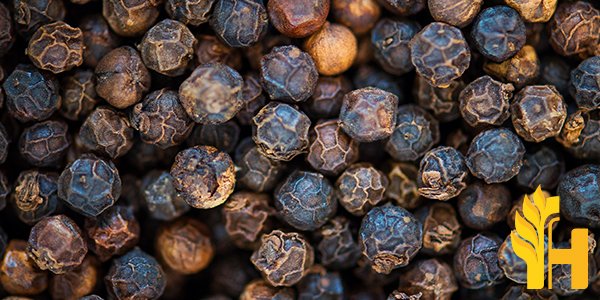 Where to buy and sell Black Pepper, lowest (cheapest) and highest price.

Black pepper (Piper nigrum) is a flowering vine in the family Piperaceae, cultivated for its fruit, which is usually dried and used as a spice and seasoning. The fruit, known as a peppercorn when dried, is approximately 5 millimeters (0.20 in) in diameter, dark red when fully mature, and, like all drupes, contains a single seed. Peppercorns and the ground pepper derived from them may be described simply as pepper, or more precisely as black pepper (dark red), green pepper, and white peppercorns (unripe fruit). Black pepper is native to south India and is extensively cultivated there and elsewhere in tropical regions. Indonesia and Vietnam are the world's largest producers and exporters of pepper. Pepper is a hot spice. It is used to flavor food or to make it spicier. Black pepper is made from the unripe fruit of the Piper nigrum plant. The fruit is dried and then ground into a powder. White pepper is made from the ripe fruit of the Piper nigrum plant. The fruit is soaked in water for about a week, which makes the skin fall off. The white inner part of the fruit is then dried and ground into a powder. Pepper is used to adding flavor to food or to make it spicier. It is also used as a medicine. Pepper can be used to treat coughs, colds, and stomach problems. It can also be used as a pain reliever. Pepper is a common ingredient in many cuisines, including Indian, Chinese, Thai, Vietnamese, Laotian, Cambodian, Malaysian, Indonesian, and Singaporean cuisine. In the United States, black pepper is one of the most common spices added to foods. Green and white peppercorns are also used in cooking. Green peppercorns are unripe fruits that are preserved in vinegar or brine. White peppercorns are ripe fruits that have had their skins removed. Black pepper is a versatile spice that can be used in both sweet and savory dishes. Add it to roasted vegetables, soup, or pasta for extra flavor. You can also use black pepper to make a simple DIY seasoning blend. Just mix together equal parts black pepper Pepper is a source of vitamins A and C. It also contains antioxidants, which can help to protect the body from the effects of free radicals. Free radicals are substances that can damage cells and lead to illness and aging. Black pepper contains piperine, an active compound that gives the spice its distinct flavor. Piperine has been shown to improve the absorption of nutrients in the body, making black pepper a great addition to any healthy diet. In addition to its digestive benefits, black pepper has also been shown to have anti-inflammatory and antioxidant effects. The spice can help reduce the risk of chronic diseases like heart disease and cancer. It can also boost cognitive function and memory.