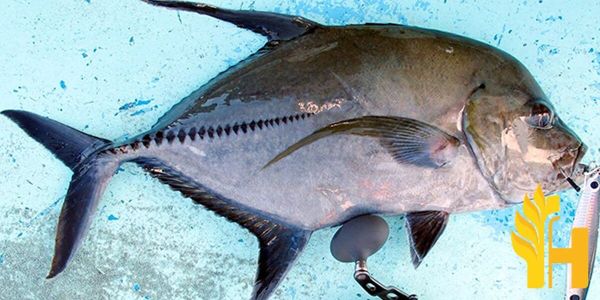 Where to buy and sell Black Jack, lowest (cheapest) and highest price.

It is not round like other species of the family, it is rather flat with a kind of slot that makes it look as if it had a forehead. It usually occurs in olive-brown color with grayish-white accents. It is characterized by significant largemouths and scythe-shaped pectoral fins. Black Jack’s dorsal fin is split in two. The first section has eight main spines, while the second one is just one with up to 22 characteristic rays. Due to the concave on its nape and snout, the fish has a slight indent near its nostrils. Black Jack is commonly mistaken for Giant Trevally because both species are quite similar in appearance. The only way to tell them apart is to look closer at their coloration. Black Jack is significantly darker and has a scaly breast that is missed by the Giant Trevally.

Black Jack is predatory and carnivorous. Their diet is composed of a vast variety of fish, crustaceans, and mollusks. The fish commonly measures up to 3 feet and reaches up to 24 pounds in weight. Some spices may reach even bigger sizes.

The fish naturally occurs in deeper waters and is rarely found near the surface. They usually habit clear waters at the edges of reefs. Black jack quite often hangs near deeper parts of the coast and loiter in brackish waters. They naturally occur in the Southern Pacific, especially in Hawaii as well as in the warmer water of the Atlantic, such as the Caribbean Islands. It is quite a fast-swimming fish. They produce croaking sounds by grinding their teeth together while realizing gas from their air bladders.

This spiecies is of high importance to commercial fishing, espeically in offshore island catches. It is usually fished bot by nets and traps as well as by hook and line. The fish is usually sold whole and fresh, but sometimes can be also found being sold dried or salted. The largest commercial fishing takes place in Hawaii and the Caribbean Islands, especiallly the Bahamas where the Black Jack is an important gamefish.