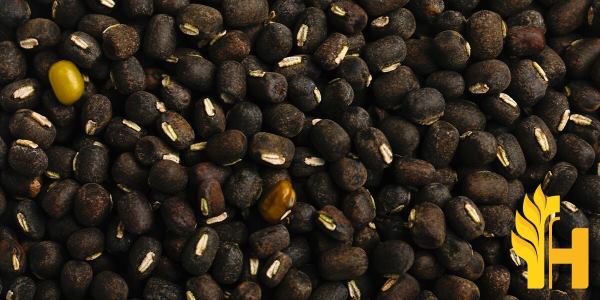 The current, latest prices of Black Gram in the world in the global markets

Black gram, also known as Urad dal, urd bean, urad bean, black matpe bean, or mungo bean, are the seeds of the leguminous plant Vigna mungo. It is characterized by its dark, almost black color. The plant is mostly cultivated in India and makes an important ingredient for Indian cuisine. It is the main ingredient of the Indian traditional soup – Dal. Black gram is sometimes referred to as black lentil but in fact, it’s not a lentil.

Vigna mungo is mostly cultivated in India as well as some other countries throughout tropical Asia. It is also cultivated on a small scale in some countries in Africa. The plant is cultivated as a fodder crop in Australia and the USA. The top producer and consumer of the black gram is India.

It is a very rich source of protein and carbohydrates. It provides the body with large amounts of folate, iron, phosphorus, and magnesium. Black gram is quite nutritious. It also contains up to 35% of the daily allowance of zinc.

The black seeds are a very common ingredient for Northern Indian cuisine where it is usually boiled and eaten whole or made into a famous soup known as Dal. The boiled seeds are characterized by their unusual texture which is similar to the texture of cooked oatmeal. Before cooking, the seeds should be soaked overnight or cooked right away using a pressure cooker. Black gram is also the main ingredient of Dal Makhani which is a dish composed of black seeds, red kidney beans, butter, and sour cream. It is also used to thicken dishes and as a seasoning as it adds a nutty flavor to the dish. Sometimes the green immature pods are also eaten as a vegetable.

Apart from its culinary uses, black gram is also used in cosmetics. The seeds are usually dried and turned into a powdery form referred to as the Black Gram Flour. The powder is used to produce various types of cosmetics that are a great substitute for soap. It cleanses the skin, improves its condition, and leaves it soft and smooth. The oil made of the black gram seeds is believed to bring relief to those suffering from rheumatoid arthritis and severe joint pains. It is often used during a massage.