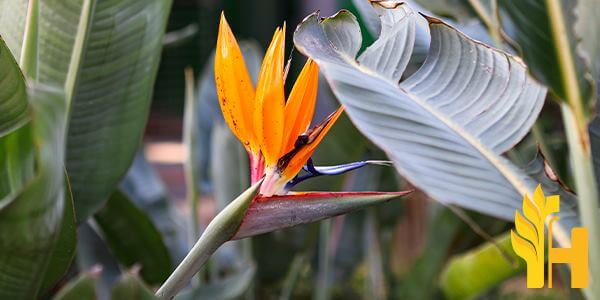 Where to buy and sell Bird Of Paradise, lowest (cheapest) and highest price.

Strelitzia reginae is a type of ornamental flower commonly known as the crane flower or the bird-of-paradise flower. It belongs to the Strelitziaceae family. The flower is native to South Africa. It can be both cultivated as an outdoors ornamental plant in gardens and landscapes or inside as an attractive blooming plant characterized by its unusual flowers. The flower’s name was created thanks to its resemblance to a beautiful species of forest bird known as birds-of-paradise.

Bird-of-paradise flower grows from underground stems known as rhizomes. It can reach up to 1-1.5 meters in height. Its leaves are leathery, concave, stiff, and erect. They are born on long leafstalks known as petioles. The leaves are usually dark green with a blue undertone and may have a darker red midrib. The flower is blue and orange and has two erect petals and five stamens. Stamens and petals are covered with the main flower bract which is shaped like a boat. It is green with red borders. The flower turns into fruits that look like capsules. The fruits contain numerous seeds.

The plant is quite easy to cultivate as it is drought-tolerant, likes warm climates, and is generally used as an ornamental plant. It is often used by florists in exotic and tropical flowers arrangements because the flowers are long-lasting. Cut flowers last up to two weeks.