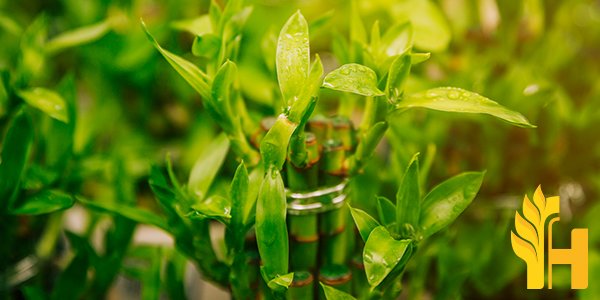 Lucky Bamboo has been an Asian symbol of good fortune and prosperity for thousands of years. Only recently has it made its way across the Pacific Ocean into the homes and offices of Westerners. As Asian culture is continually becoming more popular in the West in the form of martial arts, yoga, tai chi, and feng shui, the symbolism of Lucky Bamboo has also found an increasingly larger place in Western culture and has transformed homes and offices into spaces of security and energy.

Lucky Bamboo has to be one of the most interesting plants in cultivation. It's easy to care for, aesthetically pleasing, and best of all it is said to bring good luck. However, native to subtropical climates in Asia, Lucky Bamboo can only survive indoors during the winter months in most parts of the United States, especially in the northern states. Lucky Bamboo has been an Asian symbol of good fortune and prosperity for thousands of years.

Only recently has it made its way across the Pacific Ocean into the homes and offices of Westerners. This growth in popularity parallels the increasing interest in Eastern culture that is becoming more prevalent in western society, most notably through the martial arts, yoga, tai chi, and feng shui.

Lucky Bamboo is actually a very simple plant to care for; it only requires water and indirect sunlight. As with all plants, the bamboo can get large if allowed to grow unchecked. For this reason, it is best kept in a pot or vase where the roots are unable to grow beyond the confines of its container. This can be a simple, inexpensive pot or vase from your local supermarket, hardware store, flower shop, or big-box retailer. When shopping for a pot or vase for your new bamboo you should consider what your decorating style is and how much space you have. In general, larger pots are better for bamboo because they allow more room for the root system.

In addition, to make your bamboo feel at home and thus appear more attractive, it should be transplanted into a container filled with an inch or two of gravel. This will add weight to the pot and prevent over-watering while also adding a decorative touch. The next step is simply to fill the vase/pot with water until it rises about an inch or two up the bamboo stalks. However, you should consider that Lucky Bamboo will not do well if left to sit in water for a prolonged period of time and that it prefers indirect sunlight found through a window facing north or east. The few leaves that the plant does have can also take on color from their environment which makes them good at reflecting light and creating interesting shadows.