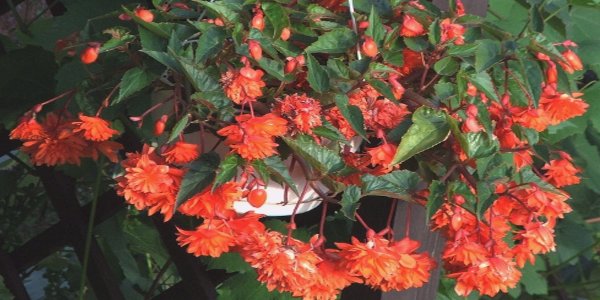 Where to buy and sell Begonia, lowest (cheapest) and highest price.

The Current commodity price of Begonia per kg, pound in the world in the global markets

The Begonia is a flowering plant that is native to tropical and subtropical regions of the world. This plant typically has colorful flowers and leaves, making it a popular choice for gardens and indoor pots. There are many different species of Begonia, so there is a wide variety of colors and shapes to choose from. These plants prefer warm temperatures and moist soil, so they are often grown as houseplants in cooler climates. Begonia plants are relatively easy to care for, but they can be susceptible to pests and diseases if not properly cared for. With the right care, however, these plants can thrive indoors or out. Begonias come in a wide range of colors, including white, red, pink, orange, yellow, and green. The flowers are typically small and borne in clusters. The leaves are often dark green and glossy, but they can also be variegated or have a copper hue. Some Begonia species have scented flowers, while others have leaves that smell like lemon when crushed. Most Begonia species are not cold-hardy, so they need to be brought indoors or grown under glass in cooler climates. These plants prefer bright, indirect light and moist, but not soggy, soil. Begonias will bloom better if they are pot-bound, so don’t repot them too often. Allow the top few inches of soil to dry out between watering. Begonia plants are susceptible to mealy bugs, aphids, and whiteflies. These pests can be controlled with insecticidal soap or neem oil. Begonias can also be affected by root rot, leaf spot, and powdery mildew. These diseases can be prevented by providing the plant with proper care and growing conditions. With their wide range of colors and shapes, Begonia plants can make a beautiful addition to any garden or home. With proper care, these plants will thrive indoors or out. Begonias are relatively easy to care for, but there are a few things to keep in mind when growing them. First, they prefer moist soil, so be sure to water them regularly. Secondly, begonias are susceptible to powdery mildew, so it’s important to keep an eye out for any signs of this fungal disease. If you do see powdery mildew on your begonias, you can treat it with a fungicide. With proper care, begonias will bloom from late spring to early fall. Deadheading the flowers regularly will encourage them to keep blooming. When the blooming season is over, you can cut back the begonias to encourage new growth in the spring. Begonias are generally pretty low-maintenance plants, so they make a great choice for beginner gardeners.