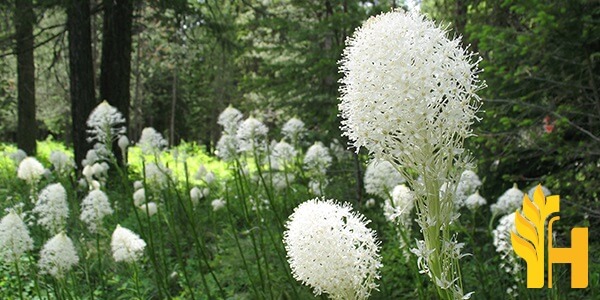 Where to buy and sell Bear Grass, lowest (cheapest) and highest price.

The Current commodity price of Bear Grass per kg, pound in the world in the global markets

Bear-grass is a stout perennial plant native to North America that belong to the Liliaceae family that contains more than 4200 species all over the world. It is a largely diversed plant family that includes lots of important agricultural crops and ornamentals. It is alos knonw under sever common names such as the elk grass, fire lily, or squaw grass. Botanically it is knonw as Xerophyllum tenax. Bear-grass is especially known for its long leaves that are collected in wild and sold to the floral industry and then used in many floral arrangements. It is also cultivated and used for it ornamental values in lanscapes and gardens. It can be collected in wild only with a proper permission and collection of the whole plant from its native habitats tends to be prohibited.

Bear-grass is characterized by its olive-green leaves that are up to 80 cm long and 4 mm wide. The leaves are grass-like and quite tough in the touch. The plant reaches up to 180 cm in height. When blooming, Bear-grass creates white or cream flowers with a slight fragrance. The flowers are oblong and petite. They appear in early summer and last until late summer. First blooming occurs at five to seven years. .

Its natural habitats are coniferous woods, rocky slopes, clearings, and ridges. It was used by Native Americans for a variety of purposes. For example, the long leaves were used to weave baskets, the fibers used to make clothes and rhizomes were a source of food. The plant was also used as a cosmetic (boiled roots were used as a hair tonic and as a remedy for sprains). The plant is also known for its quite strong regeneration. It can survive fires and regrow easily even after moderate ones. It plays an important role in soil erosion and site revegetation. It is also used as a source of food for animals such as goats in winter, but its tough leaves are not palatable to all grazers.

Bear-grass can be easily cultivated from seeds but it will not produce flowers for a couple of years after seeding. It should be sow at a depth no deeper than 1,5 cm directly to the ground in late autumn. The plant likes humus-rich soil with plenty of grit for drainage.

According to the latest statistics, global production of bear grass (roots and leaves) is estimated at around 1,200 tonnes per year. The majority of this production comes from China, which accounts for approximately 80% of the total. Other notable producers include India, Nepal, Vietnam, and Laos. Bear grass is mostly used for traditional medicinal purposes, and only a small amount is used for commercial purposes such as weaving. In China, the majority of bear grass production is concentrated in the provinces of Sichuan, Yunnan, and Tibet. The global market for bear grass is currently very limited, and the vast majority of production is consumed locally. However, there has been a recent increase in demand from Western countries, particularly the United States, for bear grass-based products such as supplements and essential oils. This has resulted in a corresponding increase in prices.