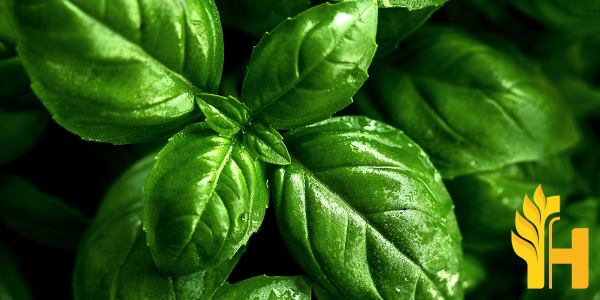 Where to buy and sell Basil, lowest (cheapest) and highest price.

The Current commodity price of Basil per kg, pound in the world in the global markets

Basil is a leafy green annual herb native to Asia and Africa. It belongs to the mint family and occurs in many different varieties. Its name is derived from a Greek word meaning “an herb worthy of a king”. It is a popular herbal seasoning, aromatic addition to teas and supplements as well as an herb with a wide range of health benefits and uses. A variety of basil widely used for cooking is known as sweet basil, holy basil is a type used for its health properties and to produce different species. There are few other varieties such as Cinnamon basil native to Mexico which is characterized by its cinnamon-like flavor and scent, Lettuce basil which is a perfect ingredient for salads and other dishes, or Thai basil, as the name suggests native to Asia, which is used in Thai and Southeast Asian cuisine.

Basil is characterized by its glossy, oval-shaped leaves that are smooth and have a slight tooth texture on the edge. When it blooms, it creates small clusters of flowers that can range in color from magenta to white. Basil is not cold-resistant and grows best in a warm climate.

It is often used in small amounts but the plant is a rich source of vitamin K. It also provides the body with necessary plant compounds that are known as antioxidants which have anti-inflammatory and other health properties. Basil also contains small amounts of vitamin A and supplies some beneficial elements such as iron, calcium, and manganese.

The herb is usually used chopped, crushed, or as a whole in a wide range of culinary uses. It is not only used to prepare salads and dishes but very often used in baking and to season desserts. Basil is used to adding taste to sorbet or ice cream and as a decoration of cupcakes, cakes, cookies, and tarts. This green herb is also often dried and used as a seasoning, but dried basil is not as tasteful and aromatic as the fresh one. It is also well known for its aromatic essential oil that has many benefits for health.

Thanks to the antioxidants, basil helps to eliminate free radicals from the body. Antioxidants are compounds that help to reduce the number of free radicals and as an effect protect again cancer, heart diseases, diabetes, and rheumatoid arthritis. They also help to reduce oxidative stress. Basil also improves and supports liver health and helps to reduce the amount of toxins in the body. The essential oil of this plant helps to improve the skin condition and to reduce aging effects that is why it is often used in cosmetics.

Undeniably basil is the most loved herb in Italy, but it's not native to the Mediterranean countries. It was brought to this region from India in ancient times. The largest production of this herb takes place in Asia and Europe. The largest producers of this plant are France, Egypt, Hungary, Indonesia, Morocco, the USA, Israel, and Greece. An annual yield of fresh basil can range from 2.5 to 2.7 tons of leaves per hectare. The price of the herb is strongly affected by the season of production. Basil produced during colder months tends to create more profit than seasonal outdoor cultivation.

Despite its origins in India, today basil is grown all over the world. In 2017, the top producers of basil were Italy (42%), Egypt (19%), Turkey (9%), and India (4%). Other notable basil-producing countries include Thailand, China, Greece, Morocco, and the United States. Basil is a popular ingredient in many dishes, such as pesto and tomato sauce. It is also used to flavor drinks like cocktails and mocktails. In recent years, the popularity of basil has grown due to its health benefits. Basil is a good source of vitamins A and C, as well as manganese and iron. It also contains antioxidants that can help protect the body against disease. Despite its many benefits, basil is still relatively underutilized in the kitchen. This is likely because it is a delicate herb that can be tricky to work with. When cooking with basil, it is important to add it at the end of the cooking process so that it doesn't lose its flavor.