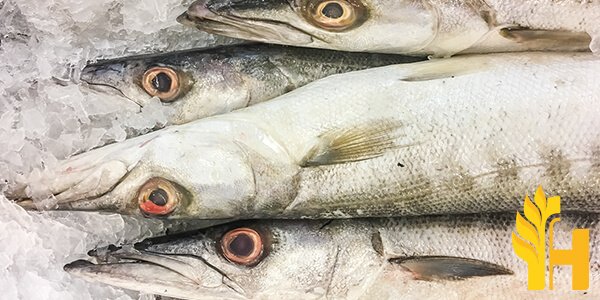 Where to buy and sell Barracuda, lowest (cheapest) and highest price.

The Current commodity price of Barracuda per kg, pound in the world in the global markets

Barracudas are predatory fish known for their ability to maintain speed by the powerful movements of the tail. They are equipped with an impressive set of razor-sharp teeth. The lower jaw juts out past the upper jaw and both are filled with dozens of teeth.

Many members of this family are small and harmless to humans. But this is not true of the Indo-Pacific barracuda (Sphyraena jello), also known as twin barracudas or suicide bombers. They are on average between 70 and 100 cm long, but they can grow up to more than 150 cm in size. They are regarded as one of the most dangerous animals on earth due to their speed, agility and lethal weapon.

Barracuda have long bodies with two separate dorsal fins. The hindmost fin is larger than the front one. Their heads are large and slightly arched downwards, which makes their lower jaw protrude further out than their upper jaw. They have sharp-toothed jaws with a single row of teeth in both jaws.

The largest carnivorous fish in the world, barracuda mainly feed on other fish and occasionally cephalopods and crustaceans. The main food for twin barracudas is bony fish and squid. When they hunt, they try to surprise prey by moving up from deep water or suddenly appearing out of nowhere. At the last moment, they shoot towards their prey and snap it up with their large, sharp teeth. If there is a struggle, they try to position themselves perpendicularly to the other fish before biting it so that the victim cannot scratch them.

Barracudas are well equipped to do their job as hunters: they have a big mouth full of very sharp teeth, powerful jaws, and a tapered body that enables them to reach high speeds with short, strong bursts. The combination of impressive teeth and speed is responsible for their reputation as the fiercest fish in the world. Barracudas are known to become more aggressive at night when they are more likely to attack their prey. In addition, they have been observed resting for a time between bursts of activity, so it is possible that they only attack when there is food available.

Barracudas live in both salt and fresh water but are mostly found in tropical regions containing reefs or rocky bottoms close to the shore. They are more commonly found in open waters, but are occasionally found in brackish areas of mangrove swamps. They are mainly solitary hunters but sometimes appear in small groups.Barracudas are not usually dangerous to humans and mostly attack if they feel threatened or provoked. They move very quickly, which makes it hard for a potential victim to avoid an attack.