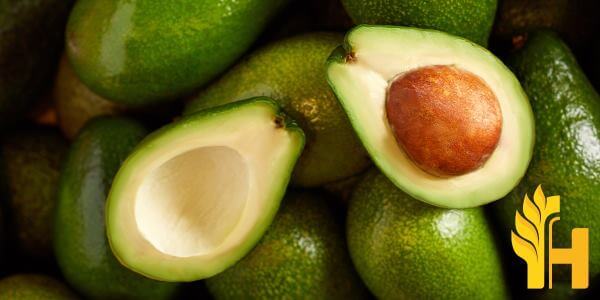 Where to buy and sell Avocado, lowest (cheapest) and highest price.

The Current commodity price of Avocado per kg, pound in the world in the global markets

Avocados in Bosnia and Herzegovina

Avocado is native to Mexico and was introduced in South America. It was brought to Europe by the Spanish. It is cultivated in subtropical and tropical regions. Due to its shape and color, it is commonly called an alligator pear. Avocado is known in more than 168 cultivars.

Avocados can be fully ripe after as long as 8 months. It is a close cousin of common pears. It glows on evergreen trees which can be up to 24 meters tall. The trees are characterized by their poisonous leaves, bark, seeds, and roots. It is native to Mexico and was once believed to improve one’s libido.

It was brought to Europe by the Spanish and quickly became quite a popular fruit. It is used as an ingredient for salads, soups as well as many other dishes. It is often called a butter fruit thanks to its soft texture. It contains lots of fat (up to 15% of its total mass), which is healthy for both the heart and the body. This fat is oleic acid, which has a beneficial effect on cholesterol levels and additionally prevents the formation of neoplastic diseases, such as breast or prostate cancer. Unfortunately, due to the high content of oleic acid, avocado is the most caloric fruit. 100 grams of avocado equals 160 calories, which is 65 calories more than in the same amount of a banana.

The alligator fruit is also a rich source of vitamins C, K, E, beta-carotene, and B vitamins. It provides necessary elements such as potassium, zinc, copper, phosphorus, magnesium, calcium, and iron. Eaten regularly, it improves the cardiovascular system and affects positively blood pressure. Folic acid, contained in the fruit, is recommended for pregnant women because it is necessary for the proper development of the fetus. This component is involved in the proper course of metabolism. It also has a positive effect on the level of happiness hormones, so it reduces the risk of depression.

The high content of plant phytosterols in avocados helps to lower the level of "bad" cholesterol, and vitamin B6 in combination with folic acid prevents the formation of atherosclerosis.

Additionally, thanks to the many properties of avocado, it is usually used in cosmetics. It helps to soothe irritations, regenerate and improve skin condition. Avocado-based cosmetics are recommended for people with dry, flaky skin and the first signs of aging.
Nutritional properties of avocados:
1. It contains more potassium than a banana. This element helps to stabilize blood pressure and reduced brain stroke possibility.
2. Extracts of certain avocado cultivars may significantly reduce the possibility of mouth cancer.
3. It contains large amounts of fatty oleic acids. They lower the level of bad cholesterol in the blood, thus protecting the heart, significantly reducing the risk of atherosclerosis.
4. It helps to absorb nutrients from food. Avocado also increases the absorption of beta-carotene and transforms inactive vitamin A into its active form.
5. Avocado has positive effects on weight loss. It improves metabolism what results in a faster loss of calories and the loss of additional kilograms.
6. Avocado can be safely eaten by diabetics because it contains practically no sugar. This fruit is also recommended in the case of anemia and stomach problems.
7. Avocado seeds are usually used in cosmetics. They contain lots of A and E vitamins which are great for the condition of nails, hair, and skin. The fruit has wide use in culinary. It is an ingredient of many dishes, especially those of the Mexican cuisine such as guacamole and various types of sauces. It is an essential part of many Mexican dishes, such as tacos. Avocado is used in Scandinavian cuisine to prepare salmon. In Brazil, it is often used in desserts. In the Philippines, avocado is used to prepare drinks and smoothies.