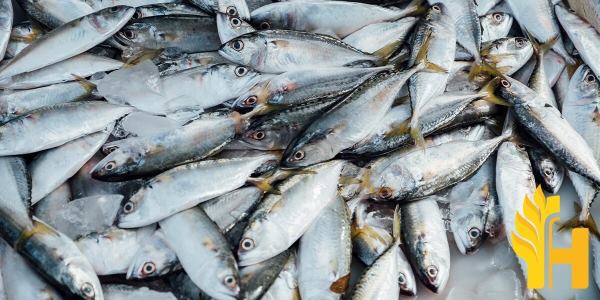 Where to buy and sell Atlantic Croaker, lowest (cheapest) and highest price.

The Atlantic croaker, also known as Micropogonias undulatus, is a type of fish characterized by the ray fins that belong to the Sciaenidae family. The fish is around 30 cm long and weighs from 226g to 0.9kg. It is distinguished by five characteristic wrinkles on their chins, also known as barbels, which are used by them to find food on the seafloor. It has an extended to the tail lateral line, an inferior mouth that faces the ground, and characteristic brown stripes on its sides. Adult species are usually silver with a slight pink cast, while young species are often found to be iridescent.

Atlantic croaker is an important commercial type of fish. Large amounts of the fish are caught each year and sold in the USA as well as exported to other countries. Excessive fishing led to a significant drop in catch due to overfishing and enlargen of the fish. The fishing season starts in summer and lasts until the fall. Small and young Atlantic croakers are often used as bait to catch other fish and crabs.

The fish can live as long as eight years. It is quite common species. Its natural predators include seatrout, croakers, striped bass, and of course humans. Up to 95% of the total Atlantic croaker dies each year due to excessive predation. The fish should not be eaten raw however because it may be a source of dangerous parasites, trematodes.

It got its name thanks to its ability to croak by using its muscles located around its air bladder. It is unclear however whether the croaking is a form of communication or means of depth sounding or a way to attract partners during mating.

The fish has many culinary uses. It can be fried, grilled, boiled, or even microwaved. It is very common to marinate the meat before grilling or roasting. The fish can also be steamed. Just a single fillet of the fish contains 82 calories, 2.5g fat, and 14.05g protein. It does not contain carbs. Just like other fish, it is a good source of minerals, especially calcium, magnesium, phosphorus and potassium, omega-3, and vitamins.

The leading producer of this sector of aquaculture is the United States, but in several European countries, a growing tendency in farming croaker has been noticed. The main producers in Europe are Spain (347 tons), France (267 tons), and Italy (186 tons). Similar species are also farmed in southern Australia and mostly imported to the USA.

Global production of Atlantic croakers has declined in recent years, due to overfishing and environmental degradation of their habitats. In the United States, annual croaker catches have declined from over 20,000 metric tons in the early 2000s to less than 10,000 metric tons in recent years. The majority of the world's Atlantic croaker catch comes from the Gulf of Mexico, where they are primarily fished for their meat. Atlantic croakers are an important food fish in many parts of their range, and their declining populations have raised concerns about the sustainability of their fisheries. In the United States, croakers are managed by federal and state governments to ensure that they are harvested sustainably. However, overfishing and habitat degradation continue to be major threats to the future.