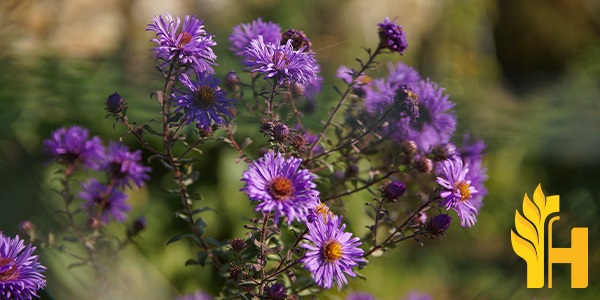 Where to buy and sell Aster, lowest (cheapest) and highest price.

The Current commodity price of Aster per kg, pound in the world in the global markets

Aster is a common flower that belongs to the daisy family. There are more than 250 species known. It is native to Europe, Asia, and North America. Most of them are perennial, herbaceous plants but some species are annual or biennial. It is characterized by its bright petals that surround a yellow center. The flowers are quite petite but numerous. That’s why the plant often looks like a bush made of flowers when in full bloom.

Aster’s name is derived from the ancient Greek word meaning a star. It has quite a rich history. It was often associated with St. Michael, as the flower tends to bloom around the autumn equinox. That’s why for centuries it was referred to as Michaelmas daisy. Nowadays it is often grown by gardeners to provide their gardens with late fall beautiful flowers and provide a source of food for pollinators.

The most cultivated varieties of asters are New York and New England. It may be quite a challenge for novice gardeners to tell them apart, as both varieties share many similarities. The main difference is that New England Asters grow taller, have bigger stems and their leaves are less smooth. Both of them are easy to grow and are quite disease resistant. Choosing the right variety may be a tough task cause they differ in terms of flowers' colors. The flowers can be white, blue, purple, pink, or red.

Asters are primarily grown for their ornamental function, but not many people know that they are edible plants. Aster flowers were harvested by Native Americans as a source of food. Their roots were used to prepare various types of soups, while young leaves were used as green vegetables for salads. The plant was also used as a medicine to treat headaches and venereal diseases. Asters were also combined with bloodroot in order to achieve laxatives. The aster root was also acknowledged in traditional Chinese medicine.

The largest production of asters takes part in Denmark and Holland where the flowers are cultivated as both potted and cut flowers. Aster production is also quite significant for the flower market in Germany and in China. There are more than 250 cultivars cultivated that can be bought throughout the year.

Aster's global production is dominated by Asia, with China being the largest producer. Other major producing countries include Russia, Japan, South Korea, India, and Taiwan. Aster production in Europe is relatively small, with Germany being the largest producer. North America also has a significant aster industry, with the United States being the main producer. Asters are typically grown for their showy flower heads and their long vase life. They are popular cut flowers, as well as garden plants. A wide range of colors and sizes are available, making them a versatile choice for both indoor and outdoor settings. Asters are generally easy to grow and care for, making them a good choice for both beginner and experienced gardeners. Aster flowers are typically produced from late summer through fall. In some regions, asters may bloom earlier or later depending on the climate. Asters grown in pots can be brought indoors to extend the blooming season.