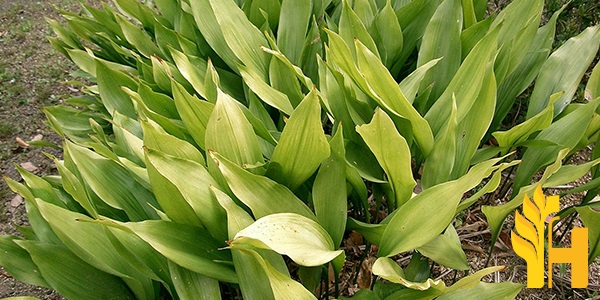 Where to buy and sell Aspidistra, lowest (cheapest) and highest price.

The Current commodity price of Aspidistra per kg, pound in the world in the global markets

Aspidistra is a common houseplant known under the common name The Cast Iron Plant. It is an ornamental evergreen plant that is quite easy to cultivate. It is not very demanding and can be utilized in places that are of poor quality and places with no right conditions for other plants to grow such as in professional and commercial environments that are maximally shaded.

Some experts believe that aspidistra is native to China and other mainland Asian regions but in fact, the plant originates from the islands of the South Japanese Archipelago, especially islands of Suvanosejima, Kuroshima, and Uzi Islands. The plant was introduced in Europe in the 19th century.

Aspidistra grows well in any type of soil, but the best growth is achieved in medium-textured soils with a huge amount of organic matter. It can be cultivated both outdoors and indoors in semi-shaded or shaded places. Direct sunlight may lead to serious burns on the leaves and as a result their permanent damage. Other than that the plant is quite resistant and can survive in many conditions that would be fatal for other plants.

The cast iron plant does not face any serious problems with diseases and pests. It is a great plant for everyone with allergies as it does not cause any allergic reactions. The plant is not toxic to humans, cats, dogs, and any other pets.

It is widely used as an indoor plant, especially in rooms where there is not enough light for other plants to grow. It is also commonly used in gardens and landscapes thanks to its high resistance. Additionally, the plant can be used in a therapeutic way, it is used in Chinese Traditional Medicine to bring relief and treatment of various diseases. The plant is also often used in Ikebana, the Japanese tradition of flower arrangement art.

Since the early 2000s, aspidistra production has been on the rise globally. This is largely due to an increase in demand from China, where the plant is used for both ornamental and medicinal purposes. In fact, China is now the largest producer of aspidistra in the world, followed by Japan and Korea. The majority of aspidistra production takes place in greenhouses, where the plants are better protected from pests and diseases. This also allows growers to control the temperature and humidity, which is important for this tropical plant. Aspidistras are typically propagated by division, which means that each new plant is a clone of the parent. This can lead to problems with inbreeding, so growers will sometimes introduce new bloodlines by growing plants from seed. The aspidistra is a tough plant that can tolerate a wide range of growing conditions. However, it does best in Partial shade and moist, well-drained soil. With proper care, an aspidistra can live for many years and even become quite large.