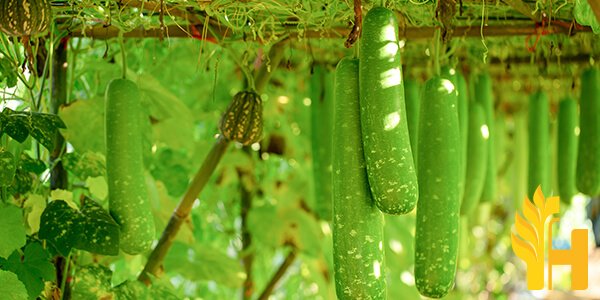 Where to buy and sell Ash Gourd, lowest (cheapest) and highest price.

The Current commodity price of Ash Gourd per kg, pound in the world in the global markets

Ash gourd, also known as Benincasa hispida, winter melon, wax gourd, white pumpkin, and Chinese watermelon, is a fruit native to parts of Southern Asia. It grows on a vine and matures into a round or oblong melon that’s approximately the same size and color as a watermelon. Once ripe, the fruit’s fuzzy exterior morphs into a powdery ash-colored coating that gives this fruit its name.

This plant was originally cultivated in China for food and medicine. It is now consumed throughout Southern Asia and some parts of South America and Africa, and it has been used in Chinese traditional medicine for thousands of years. Modern research on ash gourd suggests that the fruit is healthy to eat. It may help people with diabetes mellitus, lower cholesterol levels, prevent the onset of stroke, and fight tumor growth. Studies have suggested it may also be beneficial for muscle health, asthma, and high blood pressure.

The fruit may have some harmful effects if excessive amounts are consumed. These effects include diarrhea, nausea, vomiting, abdominal pain, dermatitis around the mouth, itching of the skin or eyes, liver inflammation or failure, pancreatitis (inflammation of the pancreas), jaundice (yellowing of the skin and eyes), renal impairment (kidney damage), and hypokalemia (decreased potassium in the blood). Consumption of ash gourd with alcohol may increase symptoms of nausea, vomiting, abdominal pain, diarrhea, or jaundice.

Ash gourd should not be consumed by children under 12, pregnant women, people with allergies to ash gourd or any of its constituents, those who have been diagnosed with hepatitis, cirrhosis of the liver, gallstones, pancreatitis, renal impairment, hypokalemia (decreased potassium in the blood), or those taking medications for diabetes mellitus or seizures. Ash gourd should not be consumed in large amounts.

The fruit is an excellent source of vitamins B and C, potassium, magnesium, and phosphorus. It is also a good source of dietary fiber. Ash gourd contains cucurbitacin E, which may have chemopreventive effects against cancerous tumor cells in mice and rats. Ash gourd extracts inhibit the growth of human leukemia cells.

White ash gourd, also known as ash pumpkin, is a species of Benincasa hispida in the Cucurbitaceae family. It is native to southern Asia and has been classified into six distinct chromosomal races.

Ash gourd is a tropical vegetable that is popular in Asia. It is also known as winter melon, white gourd, or wax gourd. The plant grows in warm climates and is typically harvested in the autumn. The flesh of the ash gourd is white and crisp. It has a mild, sweet flavor and is often used in soups and stews. ash gourd is a good source of vitamins C and B, as well as potassium and dietary fiber. Global production of ash gourd is concentrated in Asia, where the vegetable is widely consumed. China is the largest producer of ash gourd, followed by India and Vietnam. Other significant producers include Thailand, Myanmar, and Bangladesh. Ash gourd is typically grown in small farms and home gardens. The plant requires little input and can be grown using traditional methods. This makes it a popular crop among small-scale farmers in developing countries. The global demand for ash gourd has been rising in recent years due to the growing popularity of Asian cuisine. The vegetable is used in a variety of dishes, including soups, stews, and curries. Ash gourd is also gaining popularity as a healthy alternative to other vegetables. The increasing demand for ash gourd has put pressure on global supplies. This has led to higher prices for vegetables, which are expected to continue in the future.