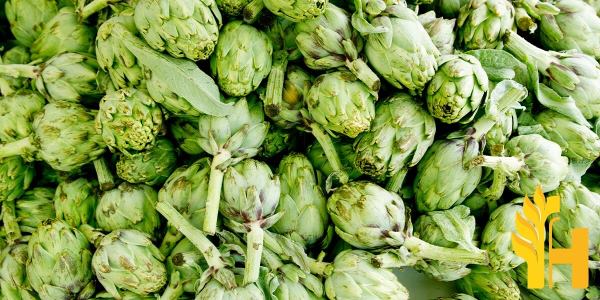 Where to buy and sell Artichoke, lowest (cheapest) and highest price.

The Current commodity price of Artichoke per kg, pound in the world in the global markets

Artichoke, also known as French artichoke or global artichoke is a plant of the aster family. It is a perennial plant grown for its edible flower buds. The immature heads of the flowers are known as a culinary delicacy. It is characterized by its delicate nutty taste and quite tender structure. It is often served cold as a salad ingredient or hot with various kinds of sauce.

The plant is native to the Mediterranean region, where it was brought in ancient times. Back then the plant was mostly valued for its young leaves rather than today’s immature flower heads. In the middle ages, there are no historical mentions of this vegetable but it is known that it was cultivated and consumed in Sicilian. Today’s way of serving was first introduced in Italy in 1400 and became an important part of the regional cuisine. Nowadays artichoke is an important part of cultivation in regions with rich soil and mild humid climate such as the Americas and Mediterranean countries.

Artichoke forms large (up to one meter long) deeply composed leaves that die each year after the blooming season. It creates stems with purpleish flowers which are reduced in their size when the plant gets older. To restore its vitality it is recommended to divide the rosette crown or rooted offshoots.

Cultivation of this vegetable is mostly conducted in the countries of the Mediterranean basin. The top leading producers of the artichoke are Italy, Spain, and France. American top producers are Argentina, Peru, and the United States. Almost 99% of the total commercial cultivation in the USA takes place in California.

The plant has many culinary uses and is used as an ingredient for many recipes. It is usually served stuffed with bread crumbs, garlic, herbs, grated cheese, and sausage. Fresh artichoke is also used as a seasonal pizza topping, especially in summer. It can also be grilled, steamed, cooked, or fried. It is also used to prepare cocktails and alcoholic beverages, for example, Italian liqueur known as Cynar.

Artichokes are a popular vegetable around the world and their production has been on the rise in recent years. According to data from the Food and Agriculture Organization of the United Nations, global artichoke production was approximately 5.3 million metric tons in 2013, up from 4.6 million metric tons in 2012. The top artichoke-producing countries in the world are Italy, Spain, and China. In 2013, Italy was the leading producer of artichokes in the world, with 1.5 million metric tons. This was followed by Spain with 1.3 million metric tons and China with 1.2 million metric tons. Other major artichoke-producing countries include Egypt, Morocco, and the United States. Artichokes are typically harvested from late spring to early summer. The peak season for artichoke production in Europe is April to June, while in the Southern Hemisphere it is November to February. The global artichoke market is expected to continue growing in the coming years. The rising demand for healthy and organic foods is one of the main factors driving the market. Artichokes are a good source of fiber, vitamins, and minerals, and are low in calories. They are also believed to have several health benefits, such as aiding digestion and preventing cancer. The increasing popularity of international cuisine is another factor driving the artichoke market. Artichokes are widely used in Italian and Mediterranean dishes and are also gaining popularity in other regions of the world. The rising demand for processed and convenience foods is another driver of the artichoke market. Artichokes are available in various forms, such as canned, frozen, and preserved. These products are convenient to cook and can be used in a variety of dishes. However, the high cost of artichokes is a major challenge for the market. Artichokes are typically more expensive than other vegetables, such as potatoes and carrots. This makes them unaffordable for many consumers, especially in developing countries. The artichoke market is segmented on the basis of type, form, and region. On the basis of type, the market is segmented into globe artichoke and Jerusalem artichoke. The globe artichoke is the most popular type and accounted for the largest share of the market in 2013.