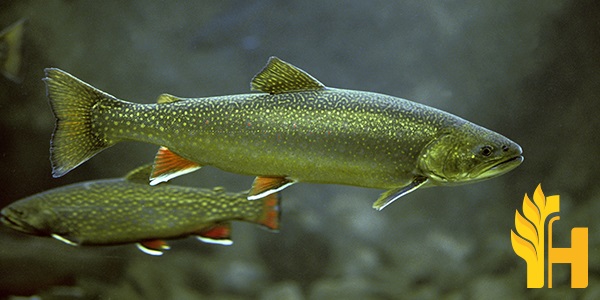 Where to buy and sell Arctic Char, lowest (cheapest) and highest price.

The Current commodity price of Arctic Char per kg, pound in the world in the global markets

The Arctic char, also known as Arctic charr or Salvelinus Alpinus, is a large, predatory fish of the salmonids group. It is a migrating fish that lives both in freshwater and saltwater in the northern regions of Russia, Europe, and North America. As the name suggests the arctic char is an arctic fish and lives in the regions where most fishes could not survive. It can be found in many places, especially those of the arctic climate such as Russia, Sweden, Alaska, Norway, and Northern Canada.

Arctic charr is considered a truly magnificent fish. It is characterized by its silvery hues that are highly reflective and shine through water. When the fish migrates it changes its colors quite significantly. Its back gets darker and its belly turns orange or even deep red. A characteristic feature of the arctic charr is its stripes and spots. They are noticeable on their sides and can vary in color from white to pink or even red. Their fins are also slightly tinted on the edges and are creamy-white in color.

The fish is especially famous for its tasty mild meat. The meat is quite rich in fat so it's quite easy to cook because it does not become dry or tough unless it is really overdone. Arctic char also has delicate and soft skin which becomes crispy and tasty when grilled or fried. Meat is a rich source of omega-3 and should be included in the everyday diet as it is really beneficial for the body. Additionally, to its great taste and health benefits, the fish is not as pricey as for example salmon, so it's easy to get a good quality fish for less money.

The need for this fish is mostly satisfied by the farms that have been working since the late 1970s. The first farms were established in Canada by the Canadian government's Freshwater Institute at Winnipeg. Arctic char farms can also be found in Ireland, West Virginia, Finland, Sweden. Estonia, Norway, and Iceland. Wild species are also fished and are an important part of the economy of many circumpolar people. Commercial fisheries take place in the regions of the Canadian Arctic, mostly in the region of Nunavut as well as Cumberland Sound and Cambridge Bay. The potential fishing areas are also developed by examination of potential fishing spots by exploratory fisheries.

Arctic char is a fish that is found in the cold waters of the Arctic Ocean. It is an important food source for people who live in the Arctic region. The global production of arctic char has been increasing in recent years, reaching a total of 9,000 metric tons in 2016. This increase is largely due to the growing popularity of fish as a food source. The majority of arctic char that is produced comes from aquaculture, with wild-caught fish making up a small percentage of the total. The main producing countries of arctic char are Norway, Canada, and Iceland. Arctic char is a delicious and healthy fish that is becoming increasingly popular around the world. If you are looking for a new fish to try, be sure to give arctic char a chance.