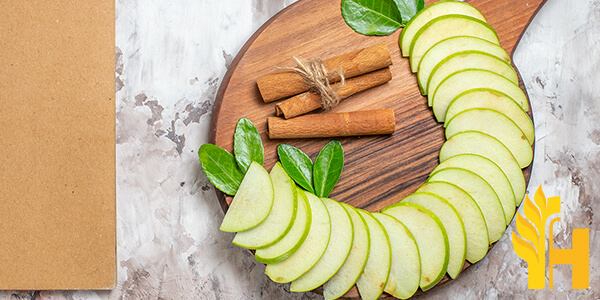 Where to buy and sell Apple Slices, lowest (cheapest) and highest price.

The Current commodity price of Apple Slices per kg, pound in the world in the global markets

Apple Slices are slices of apple. The slices can be fresh or dried. Fresh Apple Slices can be used as a snack out of hand, as a salad ingredient, as a decorative and edible component of snack trays such as cheese trays, or used in cooking. They can be peeled or unpeeled, depending upon preference and use. Apple Slices are a versatile food ingredient. Dried Apple Slices can be eaten as a snack, or used in cooking or baking recipes. Dried Apple Slices have less water content but still have the same nutrients as fresh apples. When dried, no peeling is required prior to eating, making them easy to use. They can be eaten as is, or combined with other ingredients such as granola and yogurt for a quick snack. Dried Apple Slices are also used in cooking and baking recipes to add flavor; they can be combined with dried cranberries and pecans to make an apple crisp. Apple slices can come from several different varieties of apples. Granny Smith apples can provide a green or bluish-green colored slice to use as a decorative element in salads. Red Delicious apples, when sliced thinly, can be used for salads and cheese platters because they have a firm texture that holds up well without browning. Fuji and Gala apples are other firm apple varieties that can be used as a snack or in cooking and baking recipes. Delicious apples, whether red or green, are not recommended for use as an eating apple because they tend to go soft when sliced; however, using them for slicing is great for things like cheese trays and fruit salads. Apple slices can also come from Macintosh apples, which make it easy to remove the skin before using. There are a number of different ways to slice an apple. To make slices that can be used as a decorative or edible component of cheese platters, use a slicer with straight blades that will cut cleanly and not leave jagged edges. If peeling the apple is desirable because it doesn't hold up well to slicing, it can be done by hand with a potato peeler or using a slicer that leaves an undulating edge. A blender can be used to quickly slice apples for use in cooking and baking recipes. A crinkle cutter, which has blades that form an undulating edge, is also available. An apple corer is another tool that can also be used when making apple slices. Firm apples are recommended for use in making apple slices because they hold their shape well without browning. Granny Smith, Fuji, Gala, and Red Delicious apples are firm varieties of apples that can be used to make apple slices. When using an apple slicer or a blender, try to use apples that are not bruised or damaged. Peeled and sliced apples can be dried at low heat for several hours in an oven or dehydrator until they become crisp; some pieces may curl but this is normal and they will flatten out again when dried. Apple slices may also be placed on cookie sheets lined with parchment paper and dried in the oven with heat set at its lowest temperature. If pieces begin to brown, turn off the heat and check them every 10 minutes until they are ready. Dried apple slices can be stored for several weeks in an airtight container or storage bag.