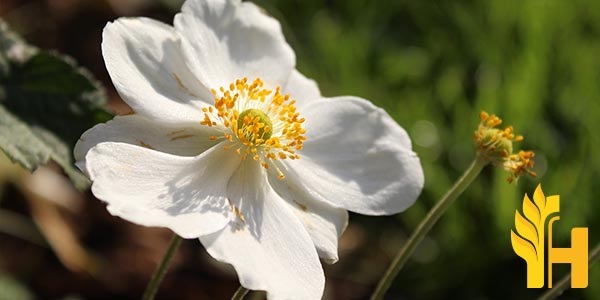 Where to buy and sell Anemone, lowest (cheapest) and highest price.

The Current commodity price of Anemone per kg, pound in the world in the global markets

Anemone is a type of wildflower native to Europe, North America, and Japan. Its name derives from ancient Greek and means ‘wildflower’. It is believed that the name was invented after the fact that the wild-growing species are often damaged by wind and their colorful, delicate petals are blown away with the wind. According to a myth, the flower was created from the tears of the goddess Aphrodite when she was mourning the death of her lover, Adonis.

The flower is known in more than 120 species which are commonly grouped into three different types: spring, fall, and the tuberous Mediterranean. The most popular type of this flower is the Japanese one which blossoms in autumn. Anemone commonly occurs in white but some species can also be found in red, pink, or even purple. Because of its delicate nature, the flower is not commonly used as a cut flower, because it only lasts up to 3 days in most optimal conditions.

It is often used for its decorative purposes, especially in events that do not require long-living cut flowers decorations such as weddings or funerals. The flower tends to be toxic but it is sometimes used as a remedy for menstrual cramps and complications. It is also used to treat nausea, stomach problems, and gout.

Anemone is a perennial plant characterized by its basal leaves and long stems that are prostrate. Its leaves are usually slightly toothed on the edges. Its flowers usually are built of 4 to 27 single petals that form round, colorful flowers. The plant creates obovoid shaped fruit with seeds inside. Fruits of many different species of plant are covered with feathery hairs in order to protect the surface.

The global leader in the production of cut flowers is undeniably the Netherlands where up to 52% of the total market share is produced. It is the largest world market for cut flowers. The country is also the world’s largest flower market, located in Aalsmeer. Dutch gardeners produce up to 8 billion blooms annually. The second-largest producer of cut flowers is Colombia with almost 15% of the total global market share. Up to 65% of Colombian flowers are imported to other countries, especially the United States. The third-largest production of flowers takes part in Ecuador which shares 9% of the global market share. It is well known for its large roses production.

According to the Food and Agriculture Organization of the United Nations (FAO), anemone global production totaled 234,880 metric tons in 2013. The top producers of anemones were China (80,000 metric tons), Greece (40,000 metric tons), Turkey (30,000 metric tons), and Italy (20,000 metric tons). In 2013, anemone production in China increased by 10 percent compared to the previous year. This increase can be attributed to the growing popularity of anemones as decorative plants in both home gardens and public parks. Anemone cultivation is also becoming more widespread in Greece, with small-scale farmers setting up commercial operations to meet the demand from both the domestic market and export markets. Turkey is one of the world's leading producers of anemones, with most of the production coming from the Aegean region. The majority of Turkish anemones are exported to Germany, the Netherlands, and other European countries. Italy is another major producer of anemones, with most of the production taking place in the Sicily region. The main export markets for Italian anemones are France and Spain.