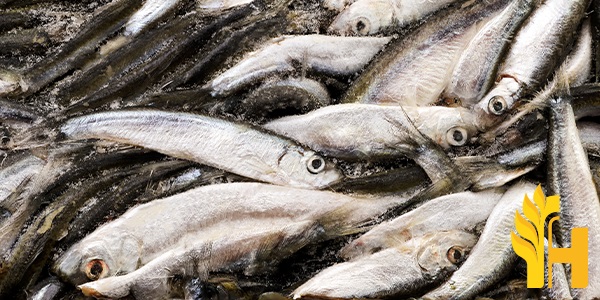 Where to buy and sell Anchovy, lowest (cheapest) and highest price.

Anchovy is a type of small fish usually caught as bait or food. It is closely related to herring, Both fish are a part of the taxonomic order Clupeiformes. Nowadays more than 140 different species of anchovy are known to scientists.

The fish has quite a common appearance. They are small, narrow, and covered with silverish scales that turn slightly blue-green on the upper side and become lighter toward the under-side. Despite the vast selection of species, anchovy looks quite similar to one another. The size of the species may differ slightly. An adult individual may measure from 5 to 6 inches long. The largest species may length up to 10 inches. The fish however are not very heavy and usually do not weigh more than a few ounces.

Even though the fish is not very remarkable and seems to be insignificant, Anchovy is one of the largest and most prolific parts of the commercial fishery. Each year up to 8 million metric tons of these species are caught. That’s the largest amount of fish caught in the world.

The fish has many culinary uses. It is a great source of food for many people across the world. The fish is usually eaten raw, salted, smoked, canned, or preserved in oil. It is also a part of many popular dishes, used as a seasoning or even as a pizza topping. Anchovy is also often turned in fish oil.

Anchovy’s natural habitat is saltwater or brackish water. They live in the open oceans, bays, and estuaries and usually hide in mud or slit on the bottom. They are really common in temperate regions and are rarely found in extremely cold or hot waters. It is extensively fished in Peru, Europe, Argentina, California, Japan, and South Africa. These regions are known for their large commercial fishing operations making them the largest producers of anchovy in the world.

The intensive commercial fishing actions have different impacts on each species but even the largest of them are affected by overfishing. Anchovy’s population also is significantly reduced due to climate changes and invasive species. The fish has not been domesticated in any way, and can only be found in wild.