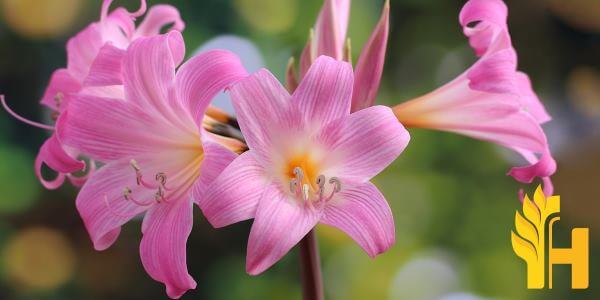 Where to buy and sell Amaryllis, lowest (cheapest) and highest price.

The Current commodity price of Amaryllis per kg, pound in the world in the global markets

Red, white or multicolored cultivars of amaryllis make perfect Christmas decorations. Its magnificent chalices are also a perfect decoration all over the year. These bulbous plants come from tropical regions that is why they are not suitable to be planted in the ground in colder climates. They make perfect pot flowers.

Hippeastrum often is mistaken for amaryllis. It is even commonly known under that name. The mistake with naming both plants was made almost 100 years ago when both plants were confused by a Sweden naturalist Linneaus. Amaryllis is a botanic name of a plant native to South Africa. Both, Hippeastrum and Amaryllis are quite similar. There is a slight difference in the number of flowers (Hippeastrum creates fewer flowers), the stem (Amaryllis creates a full stem), as well as the shape of their bulbs (Amaryllis’ bulb is smaller, longer, and covered with brighter leaves).

Just like garlic or daffodil, amaryllis belongs to the amaryllis family. It occurs naturally in subtropical and tropical regions of South America, in the area of steppes and forests. The plant can reach up to 70 cm in height. At the end of a straight and thick stem, 2-4 large, funnel-shaped flowers appear, which can be of various colors, in addition to the most popular ones - white and red, also pink, salmon, orange, and other shades.

In Poland amaryllis is cultivated as a pot plant only, in warmer climates, it can be planted in the ground. They like fertile, humus soils, but even ordinary flower soil can be put into the pot. The only thing to keep in mind is a layer of drainage at the bottom of the container. If the water is not drained off freely, the bulb may start to rot. At first, the plant is watered sparingly, later, after the emergence of shoots - more abundantly. It is also worth taking care of proper fertilization, preferably with a multi-component fertilizer. After the flowering period, the plant should be placed in a dark and cool place, without additional watering, with the assurance of a higher temperature and plenty of light before the next growing season.

The largest producer of amaryllis is the Netherlands which specializes in the production of flowers and flowers bulbs. Last year's data has shown an increased demand for amaryllis, especially in Asia. Amaryllis is mostly imported to China, Japan, and South Korea. The flower also gains popularity in Russia and Eastern Europe. The most popular cultivars are the red and white varieties, but double-flowered and exclusive varieties slowly begin to be demanded.

According to the latest figures from the International Amaryllis Growers Association (IAGA), global production of amaryllis bulbs has increased significantly in recent years. In 2013, IAGA estimates that around 18 million bulbs were produced worldwide, up from just 12 million in 2010. The majority of these are grown in the Netherlands, which is responsible for around 60% of global production. Other major producers include Colombia, China, Ecuador, and South Africa. The Netherlands has been the world's leading producer of amaryllis bulbs for many years, and its dominance in the market is expected to continue in the coming years. This is due to a number of factors, including the country's favorable climate and its highly skilled growers. Amaryllis bulbs are used for a variety of purposes, including cut flowers, indoor plants, and pot plants. The vast majority of bulbs are grown for the cut flower market, which is worth an estimated €1 billion per year. In recent years, there has been a growing trend for amaryllis bulbs to be used as indoor plants. This is due to the plant's ability to flower indoors, even in low-light conditions. Amaryllis bulbs are also popular as pot plants and are often grown in containers on patios and balconies.