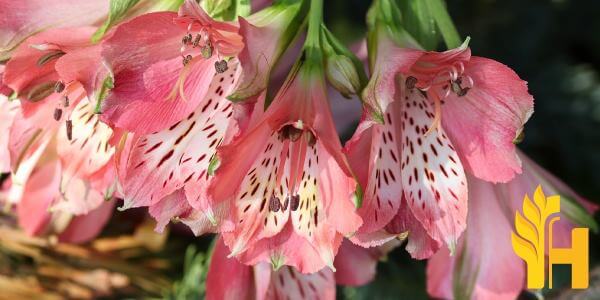 Where to buy and sell Alstroemeria, lowest (cheapest) and highest price.

The Current commodity price of Alstroemeria per kg, pound in the world in the global markets

Alstroemeria, commonly referred to as Parrot Lily, Peruvian Lily, Princess Lily, or Lily of the Incas, is a perennial plant grown outdoors in warm climates or as a pot plant in colder areas are brought inside in winter. It may be planted in the ground in summer, but, in order to survive, it should be dug up and stored in a dark, warm place before the next blooming season. It is quite fragile, especially roots, that is why special care is recommended when digging because its roots form quite complicated colonies which are easy to break. Alstroemeria does not like being divided and it may negatively affect its cultivation.

The plant is available in a vast selection of cultivars and varieties both tall and dwarf. The tall ones are just great for cut flowers, thanks to their long and steady stems, the small ones are great as pot flowers. Flowers are alstroemeria that occurs in a wide selection of colors and often have very intensive hues. They are also often flecked with contracting colors.

Alstroemeria is quite easy to cultivate and is not very prone to diseases and pest issues. Usually, all problems with the plant are related to improper care, for example, under-watering. In that case, the plant is vulnerable to snails attack and rotting.

It loves tropical and temperate climates, being native to Chile, Brazil, and South America. The plant prefers shaded areas and well-drained, moist soils that are high in organic matter. It is cultivated mostly as a decorative pot flower, decorative garden flower, or massively produced for cut flowers.

Cut flowers of alstroemeria are an essential part of various flower compositions and bouquets owning to their long vase life. A cut flower in optimal conditions can live up to 2 weeks. The flowers are also a perfect decoration of gardens thanks to their long blooming period which starts in early summer and lasts to fall. In a year alstroemeria can produce up to 80 flowering stems. It requires minimal maintenance, which makes it a perfect garden plant characterized by striking and vibrant colors.

The largest production of these flowers takes place in the Netherlands which is famous for massive flower plantations. The flower is mostly cultivated for its decorative values and its cultivars are produced all over the world, depending on the climate.

According to the Food and Agriculture Organization of the United Nations, alstroemeria production has increased steadily in recent years, reaching a global total of 12,000 tonnes in 2013. The majority of this production is concentrated in South America, with Chile accounting for around 60% of the total. Peru and Brazil are also major producers, accounting for 16% and 10% of the global total respectively. Other significant producers include Argentina, Colombia, and Uruguay. Alstroemeria is a popular cut flower and is widely used in floral arrangements. It has a long vase life and is available year-round. The main markets for alstroemeria are Europe and North America, which together account for around 70% of global demand. The alstroemeria market is forecast to continue growing in the coming years, with a particular focus on the Asian market where demand is expected to increase significantly.