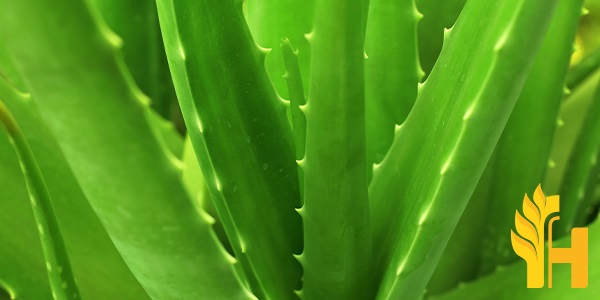 Where to buy and sell Aloe, lowest (cheapest) and highest price.

The Current commodity price of Aloe per kg, pound in the world in the global markets

Aloe vera is a plant characterized by its short-stemmed shrub. Its leaves are succulent and form quite a dense rosette of erected leaves. It is native to North Africa and many varieties of that plant can be spotted growing wild there. Aloe is quite a numerous genus. It contains more than 500 species of the plant. It is commonly called a wonder plant because it has many beneficial uses for the body and health. For many years the plant has been carefully studied for many years to confirm its therapeutic properties.

The plant has been known and used for centuries as a healing herb. It is mostly cultivated nowadays for the gel that is produced from the leaves. It is used in the production of many different products such as cosmetics, food supplements, herbal remedies as well as food. The earliest records of this plant are dated back to Ancient Egypt (around the 16th century BC). Aloe vera was referred to as the plant of immortality, later on, the plant became commonly used in China, Japan, India, Greece, and Mexico and until today is an important plant for many medicinal practices.

Scientists claim that aloe vera has many benefits for the human body. Most importantly it improves the condition of the skin, improves wounds healing, as well as indicates anti-inflammatory actions. The gel obtained from its leaves is a natural protection for the skin exposed to UV and gamma radiation and has moisturizing and anti-aging effects. Aloe vera also positively affects the immune system and increases natural immunology.

The plant is a rich source of many important minerals such as calcium, copper, selenium, magnesium, manganese, potassium, solid, and zinc. It is also a great source of amino acids which are known for their anti-inflammatory and antibacterial properties. Aloe Vera is also a rich source of various kinds of vitamins, especially beta-carotene (vitamin A), vitamin C, vitamin E as well as vitamin E12, folic acid, and choline.

Aloe Vera is not toxic and does not cause any serious side effects however it is not recommended to be consumed by pregnant women and in the cases of known allergies to the plants of the Liliaceae family.

The largest production of Aloe Vera takes place in Thailand, which is the largest world’s producer of Aloe gel (almost a third of the total global production). Other large producers of this plant are Mexico, Dominican Republic, the USA as well as Costa Rica. The most popular industries related to aloe vera production are cosmetics, food, and healthcare industries.

According to the Food and Agriculture Organization of the United Nations (FAO), global production of aloe vera in 2013 was about 1.6 million tonnes. The majority of this production took place in Africa, where Nigeria was the largest producer with a total output of about 400,000 tonnes. Other major producing countries included Mexico (300,000 tonnes) and India (200,000 tonnes). Aloe vera is used in a wide range of products, but the two main markets are cosmetics and pharmaceuticals. The plant is rich in vitamins, minerals, and other compounds that can be beneficial for the skin. For this reason, it is a common ingredient in skincare products such as creams, lotions, and shampoos. Aloe vera is also used in traditional medicine. The gel from the plant’s leaves is thought to have healing properties and can be used to treat burns, wounds, and other skin conditions. The global aloe vera market is expected to grow in the coming years, driven by increases in demand from both the cosmetics and pharmaceutical industries. According to a report from Transparency Market Research, the global aloe vera market was valued at $1.4 billion in 2015 and is projected to reach $2.6 billion by 2024. The cosmetics industry is expected to be the largest consumer of aloe vera, followed by the pharmaceutical industry. The demand for natural and organic products is also expected to boost the market for aloe vera. Consumers are becoming increasingly aware of the potential side effects of synthetic ingredients, and this is leading to a preference for natural alternatives such as aloe vera.