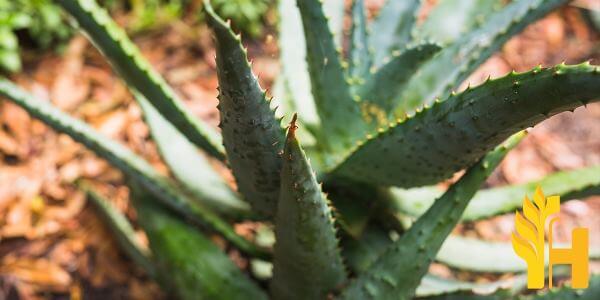 Where to buy and sell Agave, lowest (cheapest) and highest price.

The Current commodity price of Agave per kg, pound in the world in the global markets

Agave, also known as Agave L., is a plant of the Agavoideae family, which has more than 100 cultivars. It is native to desert regions of North America and Mexico. Due to its characteristic appearance, it is often mistaken for aloe.

It is used to produce alcoholic beverages, especially tequila. It is also a great decorative plant. It is not famous because of its flowers, like other plants of this species, because it blooms once in a few years' time spans. Agave has a unique feature. Once the plant gets 10 years old, it creates a core known as “the heart”, The core is a source of popular sweet syrup and it can weigh up to 75 kilograms.

The species belonging to the genus Agave vary in size, leaf appearance, and flowering time. The most popular is the American Agave (Agave americana) with wide, blue-green leaves armed with spikes and yellowish inflorescences growing up to 8 m. The most common varieties of American agave are A. Americana 'Marginata' with yellow stripes on the edges of the leaves, A. Americana 'Marginata Alba' with white stripes on the edges, and A. Americana 'Mediopicta' distinguished by a white stripe in the center of the leaf.

Agave’s name is derived from the Greek word “agavos” meaning “perfect”. It was believed to be a symbol of Aztec goddess Mayheul who was a deity of longevity, as well as dance and fertility. Agave has been known for thousands of years, being an important source of food for native Mexicans. It was introduced in Europe by Spanish conquistadors in the 15th century. During their travels, they found fermented agave, called “pulque”, produced by the locals. The indigenous tribes used it for religious rituals and healing purposes. Soon the conquistadors who were running out of alcohol (brandy), began experimenting with wild-growing agave. That is how the tequila drink was obtained from blue agave. The drink quickly gained fame. The first agave farm was established In 1600 by Don Pedro Sanches de Tagle who also created the first tequila distillery. In 1800 tequila and agave production became an important part of the local economy. Based on old formulas agave was also used to produced characteristic sweet syrup, which is used until today as one of the most popular substitutes for refined sugar.

100 grams of good quality agave syrup contains 68 calories. It mainly consists of carbohydrates, low protein content, and traces of fat. It is not only a great source of energy but also is a great natural source of fiber. Just one tablespoon of syrup contains 6.6 grams of this digestive-improving substance. Agave syrup is also a great source of vitamins, especially vitamins A, B, C, E, and K. Moreover, syrup is famous for its high content of minerals, mainly iron and calcium. It also contains zinc, phosphorus, magnesium, potassium, and sodium.

Agave has great health properties. It is a source of saponins that lower cholesterol and inhibit the growth of cancerous tumors. It also contains inulin, a type of fiber that is a probiotic. Agave syrup not only protects from many diseases but also protects the intestinal flora and reduces the risk of constipation.

One of the largest agave producers is Mexico. Just in 2019, the production of agave in this country reached 1.51 million tons. Comparing to the previous years, the production indicates a significant growth (almost 5% compared to the amount produced in 2018). The value of distilled agave-based beverages in the Latin American countries was valued to 52.68 billion Mexican pesos.

According to the latest data from the Food and Agriculture Organization of the United Nations (FAO), agave production has increased significantly in recent years. In 2013, global production was estimated at 1.37 million tonnes, up from 1.21 million tonnes in 2012. The majority of this increase is due to higher production in Mexico, which is by far the world's largest producer of agave, accounting for more than 80% of global production. Other major producers include the United States, Guatemala, and Peru. Agave is also grown in a number of other countries, including Argentina, Colombia, Ecuador, and Venezuela. The vast majority of agave plants are used to produce tequila, with Mexico accounting for more than 90% of global production. Agave is also used to make a number of other products, including mezcal, pulque, and aguamiel. In recent years, agave production has been adversely affected by a number of factors, including disease and pests. In addition, climate change is likely to have a significant impact on agave production in the future. As a result, it is important to monitor global production levels closely in order to ensure that adequate supplies are available to meet demand.