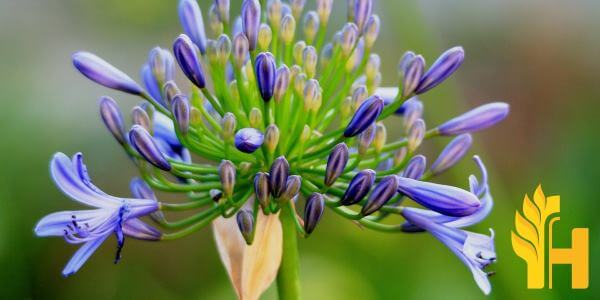 Where to buy and sell Agapanth, lowest (cheapest) and highest price.

The Current commodity price of Agapanth per kg, pound in the world in the global markets

Agapanthus, commonly known as lily-of-the-Nile, is a plant native to South Africa. It is an evergreen species that is characterized by its cluster blue flowers with a funnel-like shape. It is an upright plant with a typical size of 18-24 inches. Its leaves are similar to the grass leaves, are strap-shaped and narrow. It mostly blossoms in summer. Some cultivars are characterized by the white color of the flowers. Its name is derived from Greek and means “the flower of love”.

Lily of the Nile, being native to South Africa, is a common plant cultivated in warm climates for its large clusters of flowers. It can also be grown in colder places but it needs to be protected from low temperatures, especially in winter when it should be kept in a container and moved indoors to survive. It is not a very demanding plant and grows in almost all soil types. It does not require intensive watering and fertilization. It is recommended to be planted in locations that receive direct sunlight.

Due to its easy cultivation, the plant has been described as invasive in many countries, especially in Australia, Argentina, the United Kingdom, the United States, Portugal, and Spain. Agapanthus is controlled there with both chemical and mechanical means. It is an entomophilous plant that does not cause allergies, but it can be toxic to pets and humans. It can cause skin rashes, burning sensations, and mouth ulcers.

The plant is being carefully investigated to learn more about its health properties. It is known that it has positive aspects on the muscular tone of the uterus and shows anti-inflammatory, immunoregulatory, and anti-edematous properties.

Agapanthus is usually used in gardens to stabilize the soil that is vulnerable to erosion, as well as it helps to prevent fires because the plant is quite hard to ignite. It is also usually used for its decorative aspect and quite easy and low-cost cultivation.

The majority of agapanthus production takes place in South Africa, where the climate is well-suited for growing this crop. Agapanthus africanus is the most common species grown for commercial purposes, and it is typically propagated from seed. In addition to South Africa, agapanthus is also grown in Australia, New Zealand, the United States, and Europe. The agapanthus is a popular ornamental plant, and it is widely cultivated in gardens around the world. It is also used as a cut flower in many countries.